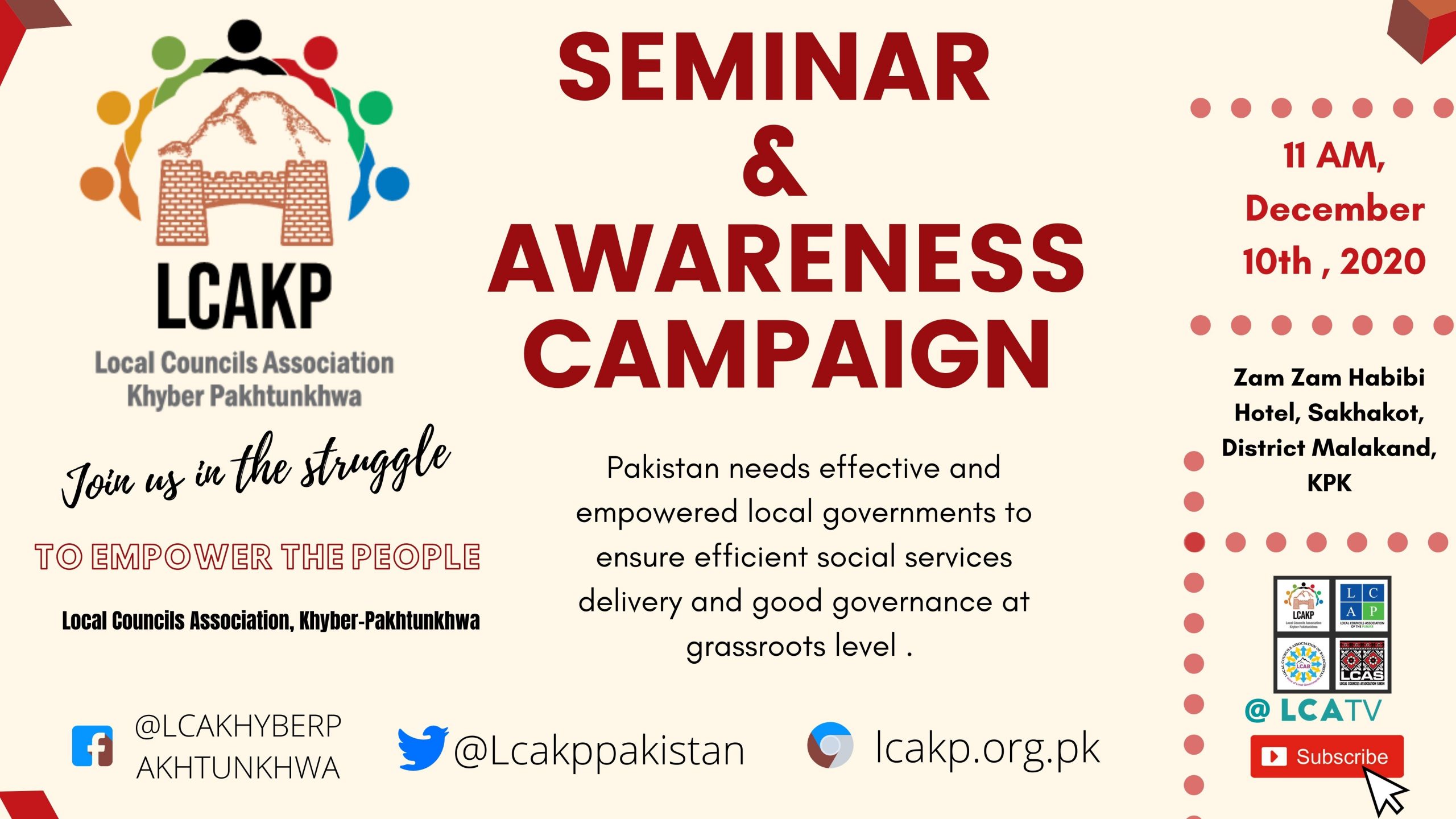 Local Councils Association Khyber Pakhtunkhwa organised an awareness ceremony in Malakand on the 10th of December to engage former councilors for substantial changes in the current ignorant culture towards Local Governance.

President, LCAKP Mr. Himayat Ullah Mayar specifically demanded a strong local body system without any influence of Bureaucracy.
He mentioned that the local government system is now just considered as a cosmetic slogan that every political party use during election campaigns. Because of less authority and lack of awareness among local body members the complete mandate of delivery utilised by Parliamentarians.

Convenor LCAKP, Mr. Nazim Ali Shah addressed that dictators always used the local government system to sweep the dirt off from their non-democratic political mandate. As soon they leave the chair, they are less interested in continuous local government elections.

The seminar proposed the resolution to upgrade the scope and quality of local government legislation, in this case, LCA KP will contact relevant regional and provincial departments.