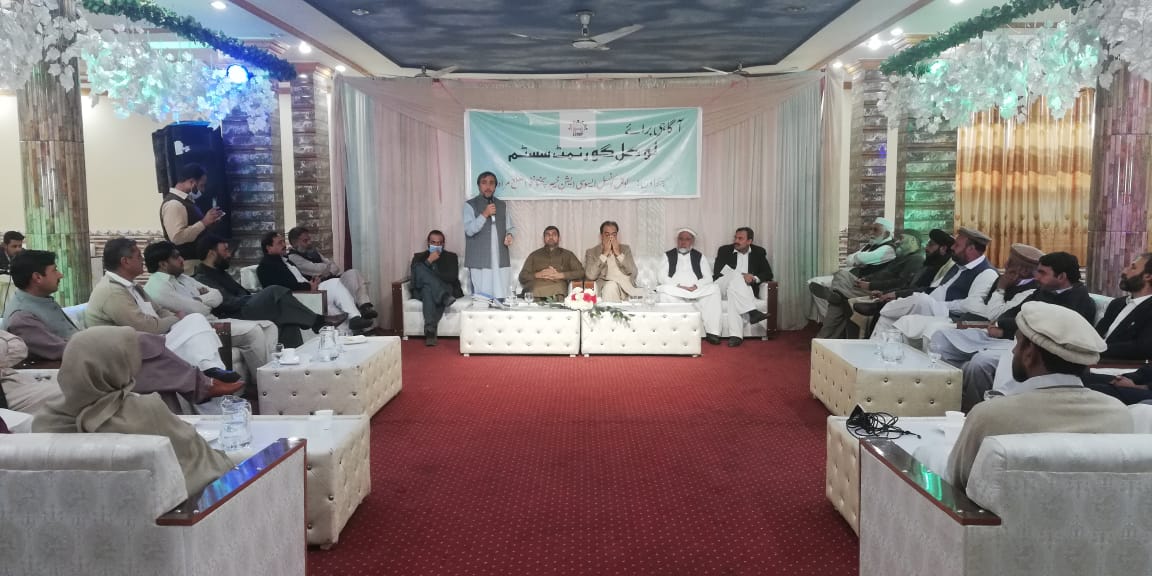 Local Councils Association Khyber Pakhtunkhwa arranged an Awareness Seminar for Local Government Members on 3rd December 2020 in Mardan District, KPK. The objective behind this gathering was to strengthen the political, institutional, and financial capacity of local governments.

All the participants in the session were contending the revival of LG ordinance 2001 Because that law was in line with the demands they are proposing regarding the authority of funds utilisation.

Mr Himayat Ullah Khan Mayar, President, LCA KP hosted the session and explained the functions of councils and councilors in the current Local Government Act. Furthermore, he showered some shine on the historical perspective of LG in Pakistan.
He specifically appealed for a strong LG system and Urgent LG elections in the region.

Mr. Asif Ali Jah, General Secretary, LCA KP described the comparison of all the Local Governments Acts in Pakistan. He urged to aware the aspiring candidates about the new Act before LG elections.

Ms. Nusrat Ara hailed from District Mardan as a Former DC Member and also part of BoGs of LCA KP praises the efforts of LCA KP to aware masses of LGs and its importance. She pledged that women will participate in the upcoming elections’ process and make sure to spread more awareness while solving issues of their communities.

Convener LCA KP, Ahmad Ali Shah, requested the government to support LCA KP in this awareness cause while petitioning for an establishment of strong local governments. Because only the LGs can deliver at the grassroots level.